Welcome to the Temple of Belonging

Come Home to Yourself

Welcome to the Temple of Belonging

Come Home to Yourself

In this 30-day online adventure to
becoming a conscious creator in our times.

In this 30-day online adventure to
becoming a conscious creator in our times.

This is a call to the Conscious Creators:
the temple keepers, visionaries, healers, bridge builders,
seed planters, and seed tenders.

Who is this class for?

Whether you’re writing a novel,

or creating a social movement — this space is for you.

This is a call to all those who seek
to create the most beautiful world
we know is possible.

Now more than ever we need a sanctuary.

A territory for our fullest emergence, where we can align
with the truth of who we are and the divine creative life force
available to all of us. Through the stories we tell, we can create
the world we most want to live and love in.

and join the sacred storytelling community

This 6-week module explores what is living in our stories about sex, sexuality, intimacy, and relationships. What did you learn? What doesn’t need to be repeated? What old stories about love, romance, sexual identity, are ready to be composted so you can express the truth of who you are? What new relationship model are you desiring to magnetize?

As we enter into this 6-week module, we are invited...

UNITY is the fifth module of an 11- module sacred arts program. The regeneration codes of Starfish is what guides the design and structure of how we learn.

This is a journey through the body, what stories live with in us and make and break us. As we make sense of what is ready to be released, and liberate the parts that have been contained or stymied, we regenerate and our stories shift and transform as we prepare to share them with the world. We move like the ocean, in a steady rhythm of ebb and flow, going in to discover and reveal and recode, and then come out to give the gems we discovered through the form of sacred story.

We do this work through an embodied practice of creating Psychic Silence as you redesign and redefine your home as a living Sanctuary and sacred space. You’ll learn how to listen deeply as you build altars, ritualize your intentions, weave sacred commitments, and engage your mythos to transform your home and reveal your unique Creator Matrix and Creator Archetypes.

UNITY is the fifth module of an 11- module sacred arts program. The regeneration codes of Starfish is what guide the design and structure of how we learn.

This is a journey through the body, what stories live with in us and make and break us. As we make sense of what is ready to be released, and liberate the parts that have been contained or stymied, we regenerate and our stories shift and transform as we prepare to share them with the world. We move like the ocean, in a steady rhythm of ebb and flow, going in to discover and reveal and recode, and then come out to give the gems we discovered through the form of sacred story.

Our journey begins in an embodied practice of creating Psychic Silence as you redesign and redefine your home as a living Sanctuary and sacred space. You’ll learn how to listen deeply as you build altars, ritualize your intentions, weave sacred commitments, and engage your mythos to transform your home and reveal your unique Creator Matrix and Creator Archetypes.

Each week you’ll be guided through rituals for your home, and then in class we’ll integrate your discoveries through a transformational storytelling process. We’ll explore:

All of the above, plus WISDOM STORIES:

You will emerge with a Wisdom Story for the times we are living in.

COVID-19 Relief 10% of the proceeds will go to protect the health needs of indigenous residents on reservations in New Mexico. 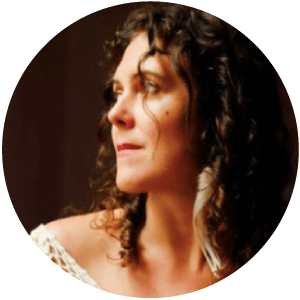 Create Your Own Sacred Symbol

Our journey lives inside of a wisdom story. In our first session you will be given a story. This mythic story will hold us and serve as our guide as we explore our unique archetypal role in creating and tending sanctuary on our planet. You will be guided step-by-step through the Creator Matrix process, which will reveal the stories, conscious and subconscious, that influence how you are showing up as a creator and manifestor in the world. You will learn clearing and cleansing rituals that provide the structure to examine your energy and capacity to create.

As you release and compost the barriers you are working with, you will free up more energy to catalyze the gifts you came to give. All along the way you will re-story your life through individualized assignments, you will work with story as a healing modality to address your unique discoveries.

As you recreate your space, you will step onto the path of the temple keeper. You will learn practices to bless and prepare your sacred space and how to listen to your own inner wisdom on how to do this. You will generate earth-based rituals to meet each barrier and block you identify (forgiveness of self and others, healing your relationship with the sacred masculine and feminine, or other challenges you face).

Our course will culminate in your designing and building the Altar of Your Becoming in your sacred space. You will present one of the transformational medicine stories you created over the span of our time together. You will leave understanding your unique Creator Matrix, the gifts and the challenges your Matrix presents, and your Creator Archetype.

WHY THIS? WHY NOW?

Our planet is going through a radical transformation. How do you engage your life force in a time of rapid transition?

This course is designed to meet the unique times we are living in and provide skills and techniques to thrive in a quickly changing planet.

Calibrating to these times requires evolving to meet the moment. Slowing down and engaging in reflective processes so you can consciously repattern based on your discoveries is the name of the game.

As you gain clarity on what is in your psychic space, and then engage the tools to heal, release, transform, and compost energies that don’t serve you, your life force is liberated and more accessible, increasing your power to share your gifts with the world. 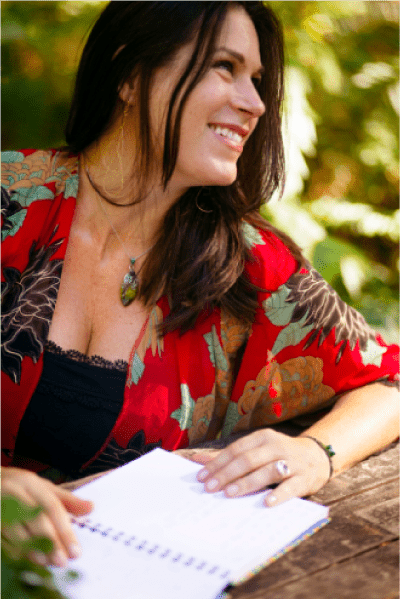 Leah Lamb learned about how stories could be allies and friends when she was a child wandering the fields, creeks, and ponds of a rural farm in Vermont. Her first loves were writing and theater. Leah experienced first-hand how stories can unite when her play about suicide, “Berries,” was produced by VA Young Writers for The Theater. She went on to study the Eric Morris technique and the Meisner Technique at the Neighborhood Playhouse in New York City and interned at Williamstown Theatre Festival. Her love of the environment led her to study at Prescott College, where she earned a double major in outdoor experiential education and environmental education through performance. After she worked with youth at risk for many years as a wilderness guide with Outward Bound and other programs, her commitment to social justice led her to earn a master’s degree in social work from Virginia Commonwealth University.

She continued writing short stories all along the way, and when the Iraq War broke out, she organized a rapid response team of 50 artists to explore American identity during times of military crisis in a live performance called Piecing It Together. In 2004 she produced ENGAGE, a live multimedia performance that brought together the audience with political leaders and local justice groups of all interests to address the issue of minimal youth political engagement. Leah has created experiences where story can be worked with as a tool to heal, transform, and mobilize: she went on to write and produce the award-winning eco-spot PSA I Did Nothn’, and worked with Active Voice to develop and implement social engagement campaigns that use story as a tool for social change in film. Leah worked with Al Gore and produced and hosted The Green Channel at Current TV. She has written for Fast Company, Vice, Spirituality & Health Magazine, National Geographic, NewsWatch, GOOD, The Huffington Post, and the Discovery Channel’s Planet Green, and covered the Copenhagen and Paris UN Climate Talks. And then the journey into sacred storytelling began. It involved a cliff overlooking the ocean and going in for a deep, long listen for a whale of a tale that would eventually become known as Leah’s first novel, The Whale Dreamer. It was in this time that Leah discovered her place in the lineage of mystic storytellers and began her work with Soul Stories. This journey has involved studying with the 13 Moon Mysteries School and Stephen Jenkinson’s Orphan Wisdom School in addition to learning from many other masters of the craft. Leah creates story ceremonies designed to address the challenges of our time, including Story of the Witch, which toured San Francisco, LA, and NYC, Medea’s Dream, and others. She founded Speak the Spark, an online program and in-person intensive to teach storytelling as a sacred art. Leah lives and gardens in Topanga Canyon, Los Angeles.

"Nothing could have prepared me for the immensity or inner treasures unearthed during Sanctuary. I only knew my soul was calling from the desert, aching to be known and its secrets to be unleashed. I do not consider myself a storyteller nor came to tell stories. Medicine is what I needed. The kind you find in sacred arts, rituals, symbols and in the sacred mother of life.

The journey weaved together the scattered parts, the preciousness and beauty surrounding me, and the soul crafting needed to claim the truth of my existence.

Leah masterfully guides the birthing of what has been calling you."

“Leah’s guidance is finally allowing me to find my true voice, which has transformed my life in ways I never thought imaginable. Through the lens of sacred storytelling and meditation, Leah approaches my chaotic thoughts with care and grace, creating a space that truly nurtures growth. She has a knack for spotting the gifts of others, and her methods are perfect for bringing out the unique potential in each of us. Aided by her consistent and stable anchor, I am gently pushed to succeed at forming real process and long lasting discipline. With Leah’s help, I’m finally learning how to flow with my creative life and connect to my muse in ways that are nothing short of magical...she is an absolute gift to this world and it is an honor to work with her. She has catalyzed me to find my own unique use of language and creative expression through storytelling.”

“I’ve learned with Leah that being a Sacred Storyteller is about so much more than telling stories well. It’s a way of Being in life—of being in service, available to the Divine, in the specific ways that are truest to our own natures. Leah is a masterful guide and a committed advocate for creators and for the Creator in us all and has taught me a new way of being in partnership with inspiration and wisdom. Speak the Spark has been an experience so much more profound than I expected. I’m so grateful for the gifts! “

“I not only learned how to write my own stories and perform them confidently, I also learned how to LIVE story. Leah supported me in getting to know a story so well that it embeds into my skeletal structures, flows through my emotional waters, burns through to a personal truth, and finally affects the way I live and breathe. I have loved stories my whole life, and still Leah introduced me to the mysterious transformative power of stories in a way no other teacher has."