Sex, Lust, and Beauty: How to Tell Hard Stories

I don’t know about you, but my journey to understanding how to embody and how to relate to beauty
was a long and windy road,
filled with pitfalls and sand traps

all along the way.

I grew up in a time, perhaps as you did,
when the media I fed upon was made from a convoluted narrative
that wove lust, desire, and romance into one sex-crazed story.

Beneath this narrative was a foundation of stories that arrived through television, movies, and news that constantly showed women as vulnerable prey to rape and murder (for the stat geeks with us, UNESCO reports 1 in 3 women experience violence in their lifetime, so we enter into a conversation of whether art reflects life, or life reflects art). Behind that was the story of Narcissus, a story that lingered at the fringes of my consciousness, and warned if you place too much attention on what you looked like, you are vain. And who is to know what the fairy tale of Sleeping Beauty was doing while playing in the background.

I emerged in my 20s with the idea that if I made myself attractive in a way that drew attention, I was placing a “for sale” sign on my body.

This was a time when if a woman wore a short skirt and was raped, “she deserved it,” or “she was asking for it,” was left in the wake as a warning to other women about what to expect if they expressed their sexuality outside the bedroom.

My relationship to beauty and attractiveness was conflicted.
I didn’t want to make myself a target for predatory attention.  And yet I also wanted to express myself, knowing without the expression of my animal self, I was denying a part of my being.  And while I write this, I cannot ignore that the definition of beauty, as shown in main stream media, focuses on white women. A recent Women and Hollywood report stated in 2019/2020 across platforms, 70% of female characters were White, 17% were Black, 7% were Asian, 6% were Latina, and 1% were of some other race or ethnicity.

While attending one of the premier acting schools in New York City,  our class was informed that women should be prepared to remove our clothes in front of a camera or on stage if we expected a successful career. And we should start practicing in school.  I left the business of acting.  For many reasons.  Invisibility became a safer place to inhabit. I followed passion and purpose into the wilderness and became a wilderness guide in Alaska and worked with youth deemed at-risk in Utah, Montana, and Minnesota. In that world, I was valued for physical strength, competency, problem solving, and leadership. This made sense to me.  As the world turns, being valued felt better than being on the market to be consumed.

After seven years of working as a wilderness guide, it seemed the right choice to return to the life of normality. A few steps down the path, and I was working in the corporate media. I felt like a wild animal trapped on a planet whose gravitational structure I had not been taught. While my wilderness skills got me the job, they didn’t translate in telling me how to do the job.
Each morning, I faced my closet with conflict: was I going to dress in a way that hid my sexuality, eliminating the form of expression and interaction,
or would I embody it?
Other women seemed to do this without effort, but I couldn’t find the pieces to solve the puzzle of how to integrate that feminine part of myself while working in a male dominated world. It was easier to be invisible.

And then one day my entire world view turned upside down.

I was walking through the streets of Oakland with artist and activist Osprey Orielle Lake, trying to make sense of my relationship to beauty, and ashamed that I hadn’t found a way to feel confident in my expression as a woman.

Osprey looked at me as if I was insane.
“Does a flower apologize for being beautiful?
NO! God expects a flower to be beautiful!” It was so simple.
In that one annoyed, off-handed remark,  Osprey had given me the gift of beauty.  Somewhere from the collective conscious I absorbed the message that as a woman, my chief forms of being valued included being an object for sex, making children, and tending home. And women used their capacity for desirability to attract a mate so they could assume this position of value.  But I couldn’t participate in that game.  I realize some of you think me insane. I mean, for heaven’s sake, look around at all the different roles women now play in our world. But a lot has changed in the past 40 years, and even though my family championed a completely different reality, and celebrated women for their intelligence and independence, I couldn’t escape the narratives that were living in our collective. So Osprey’s simple statement that separated beauty from objectification and desirability  and connected beauty to having a relationship with the divine,  broke the spell I had been under that women were to be groomed so they could be consumed. All of a sudden  I had a way of bringing beauty into the world. This one simple expression was the missing puzzle piece.
Beauty isn’t about seduction or manipulation.  Beauty isn’t an expression of power.
Beauty doesn’t even belong to women as we come to understand that masculine and feminine live in all of us.  Beauty, for beauty’s sake, is an act of generosity,  it feeds the soul,  and is the opposite of our current consumerism model which is based on taking.

I remember seeing a large woman walking across a crosswalk in New York City living out loud in her celebration of life wearing a magnificent bright orange African print. Ten years later, her explosive expression of beauty for beauty’s sake still lives with me.

I remember traveling through Asia, and seeing women who lived in poverty walking through the streets with beauty and elegance I had never seen in my country, shredding the belief system that living with dignity and walking in beauty is something that belonged to people with financial wealth.

I’ve lived a significant part of my life under the invisibility cloak, partly out of fear, terrified to be seen, and partly because, as you know, I honestly didn’t understand the gift of beauty.

Some of you understand what I am saying,

that you can put yourself out in the world while still wearing an invisibility cloak,

and some of you won’t understand.

That’s okay, there’s enough space in this story for us to live together.

WORKING WITH BEAUTY AS A TOOL FOR TRANSFORMATION IN YOUR STORYTELLING

I have found that invoking beauty is a part of building the temple of the story.

when honored as such,

a place where people can rest,

where we can commune with the divine and the unseen world,

where together we can share a story, while also safely examining all of the parts of self: the good, the bad, the magnificent, and the horrors.

we are guides into this temple.

But our story-catchers, our listeners,

will not surrender themselves to the power and potency of your story if they don’t feel in their bones that you are trustworthy.

And this is a strange part of the mystery of storytelling,

this field of trust that must be there for the potent work to be done.

And one of the ways one can do this:

is by creating beauty.

Because the act of creating beauty

is a sign of commitment, and a demonstration of your devotion to the divine.

It is a signal that speaks to the primordial parts of our cells that have not forgotten this way of seeing and respecting the life in all things.

So it is a way of signaling: I honor the life in you,

so I will not lead your soul into a place where it will be left to decay in the horrors and fear that is eating away at our world.

We will walk together on this path of story,

and we will shine our lights on these dark corners of life,

and as we see the wholeness of life as we go,

we will walk in a beauty way,

we will feed the gods as we go,

so we know that we will have what it takes

to have the courage to look at these things,

to meet these dark places,

and face that which has been hidden from view.

And then we will still have enough energy and capacity to rise again,

with the capacity to hold what we discovered in the light,

to transform and transmute and compost what is ready to change form, because all the while we are feeding our souls,

and the life in the unseen world,

Because beauty feeds the soul

and nourishes the divine.

So beauty, in its strange and elusive ways,

is a tool that can fuel change.

You may want me to tell you how to build beauty into your story.

And yet, integrating beauty is an act of engaging the mysteries of life, and does not include a bullet point list of to-do’s.

However, there are a few things I can point to that can inform your adventure:

“Every blade of grass, each leaf, each separate floret and petal, is an inscription speaking of hope… My heart is fixed firm and stable in the belief that ultimately the sunshine and the summer, the flowers and the azure sky, shall become, as it were, interwoven into man’s existence. He shall take from all their beauty and enjoy their glory. Hence it is that a flower is to me so much more than stalk and petals.” 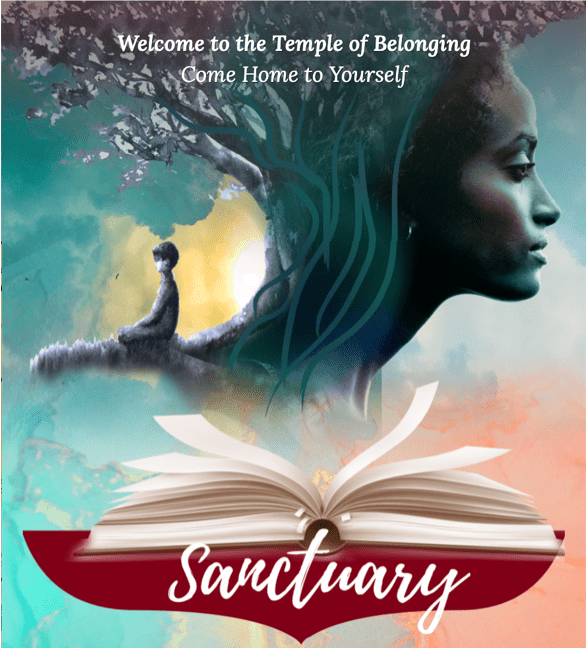