How to Love with an Undefended Heart

A recipe for how to love with an undefended heart.

Then place those cups aside.

Because by the time your heart puts down the armor to love with an undefended heart, courage is no longer part of the equation.

that a heart broken open

is a beautiful thing

and worth living for.

Ben was the teacher who taught me how to finally put down my armor and love with an undefended heart.

This is a story that once roared like a lion through my life, ripping and thrashing at the seams of what I am. Now the story is just a kitten, barely worth telling, but the story has been knocking, harassing me to come through. And I have learned to trust stories and their timing, so perhaps one of you is calling for such a story in this moment, and now it has arrived at your doorstep.

When Ben and I met, we had that kind of wild tussled love that lit up the room. It was an enlivening, igniting love that inspired all parts of my life.

It was with Ben that I learned about how easy it is to fall into a crevice of a heart that is broken open, and how one can travel deeper than intended. And what is warranted in those strange moments.

Ben was recently divorced, and while we were having our fun, it was apparent that he was someone who needed to go sow some oats. And besides, he was interested in things I wasn’t.

And so I did something I had never done before: I suggested he go do whatever it was he wanted to do with whomever. I had 2 requests: tell me when he was with other women so I could make my choices based on what was really happening, and don’t touch my friends (okay, so the 2nd one wasn’t a request).

This offer was woven out of the threads to discover the truth of who we each were, both together, and apart. We continued our adventures of the heart, and nurtured and delighted in the parts of ourselves that resonated. I was intrigued by the choices he was making and appreciated hearing about his adventures with other women.

And then it was time for our romantic relationship to end.

Nothing went wrong. It was that moment of learning that sometimes, when someone’s heart is broken open, you go deeper than the time you were given provided.

And so we put the romance down, and changed the shape and form of our connection to friends and allies. 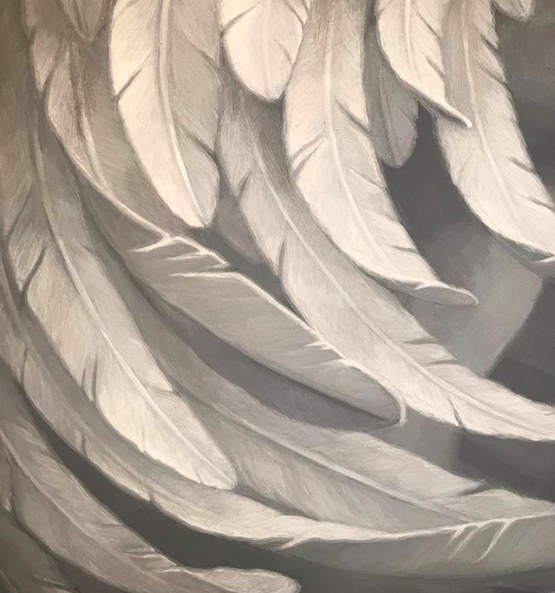 So I didn’t think twice when I introduced him to one of my closest friends.

I told her about his flirtatious nature and zest for life. I told her he might even pursue her. I even told her to go for it.

Have I mentioned how strange it is that I am telling you this story?

If we’ve been together for a while, you know this isn’t a topic I usually speak about. But this story keeps banging on the door, demanding to come through, and sometimes stories know when their time has come and someone needs them, so if that person is you, do tell.

When Ben got together with my friend, I lost it.

A piece of me broke.

I can’t explain it.

There was no logic.

As you know, the heart doesn’t speak logic, anyway.

And I know what you’re thinking:

WTF, you weren’t together anymore. All bets were off.

But underneath this story is a lie that reared its head up and nearly ate me alive.

Turns out I was open to circling back to see if the love we had created wanted to be rekindled under different circumstances. And so when I told my friend I was totally ok with her doing whatever she wanted with him, I went against my #2 rule, and I went against myself.

But underneath that was a larger fear rearing its ugly head: rooted deep in the story of my becoming was the fear of abandonment. That sleeping dragon had been kicked awake and was in a foul mood.

On the day I spoke my truth about the pain that lived within me, I lost both my dear friend as well as the friendship of a man I had loved. And my worst fears of abandonment came true.

So there I was, swallowed alive by self-betrayal, with a dragon of abandonment eating me alive from the inside.

My logic brain tried to convince me of my insanity.

My friends got bored with my story.

And no matter how hard I tried, I couldn’t find the escape hatch out of the pain.

I was at a tipi sweat in Kauai,

and I was praying.

At the end of the ritual, soaking from sweat,

I laid spread eagle on the earth,

And begged her to take from me what I didn’t know how to hand over.

I did the Hawaiian ho’oponopono prayer for forgiveness.

I could breathe again.

The story of betrayal dispersed like a flock of sparrows and became unrecognizable.

The dragon that had thrashed wild and out of control settled.

It didn’t go away. But now I know it by name and recognize it when it stirs and wakes.

And through the mystery of love itself, my heart expanded.

The story of Ben stopped being a story of betrayal,

And became one of meeting one of my master teachers:

He had walked me to the threshold of forgiveness, of self, of other, and had offered me a gift: the opportunity to face and heal a wound.

I walked away understanding

that an undefended heart

is a strong heart

that knows that the armor

is what keeps the love away,

not the pain away.

Wasn’t the art just beautiful? These pieces were created by one of my favorite artists, Autumn Skye.